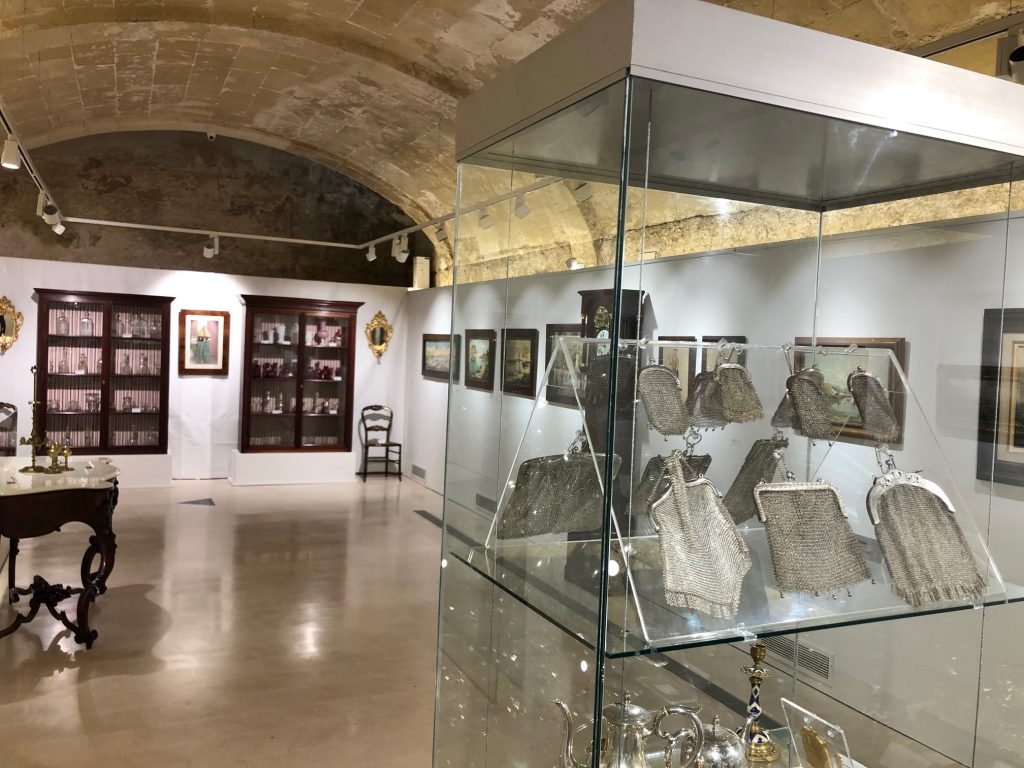 In January 2019, Maó City Council received the collection of Jerónima Taltavull Moll (Maó, 1932–2018) as a donation. Originally from farming stock, as a businesswoman in the dairy sector she was able to amass a significant collection, one in which art and the decorative arts are in dialogue. They become objects to live with rather than merely possess – markers of a lifestyle, a sense of belonging and identity.

Five spaces, striking in terms of both quality and quantity: ceramics, painting, glass, silver and archaeology. In painting especially, Menorca’s cultural heritage is particularly relevant, including artists like Giuseppe Chiesa, Pasqual Calbó and Francesc Hernández Monjo. Due to their diversity, the ceramics display the range of production centres across Europe from the 18th century onwards. Silver and gold purses reflect Menorca’s industrial splendour in the early 20th century. The glass collection – specifically the La Granja section – is notable, as are the Greek and Roman amphorae.

Her donation manifests afresh the importance of collecting as a form of preserving cultural heritage, while showing the collector’s generosity, returning to the people what originated there.